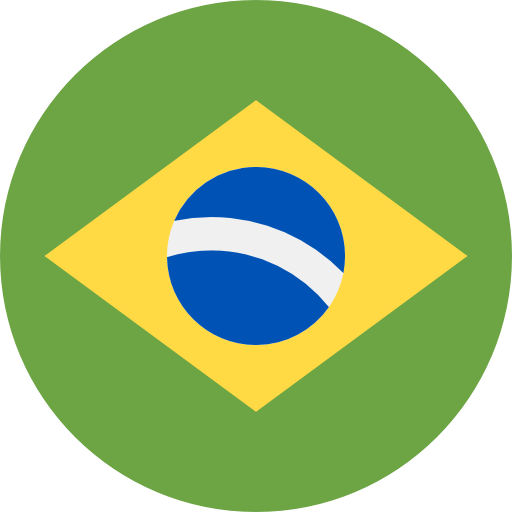 Due to operational issues, ticket sales for the Mega Sena lottery have been temporarily suspended. We hope to resume sales as soon as possible. There are plenty more world lotteries for you to check and play though! Take a look at theLotter now!

The Mega Sena Lottery has provided Brazil with the biggest jackpots since 1961!

Make sure you play the New Year Super Draw known as the Mega da Virada which attracts lottery players in droves from all over the world.

This popular world lottery is drawn twice a week on Wednesdays on Saturdays at 20:00 local time. Don't miss out on a chance to be the next jackpot winner by purchasing your tickets in time.

Play Mega Sena Lottery online from any country on the planet. Choose from more than 50 worldwide lotteries. And the best part of all...you keep 100% of your winnings!

How to Play Mega Sena Lottery

If you want to win the jackpot, you must pick and match the six numbers drawn from this 60 ball lottery correctly.

Prizes must be claimed within 90 days from the day of the draw. Like all Brazilian lotteries, prizes are paid out in cash tax-free after the required taxes have already been deducted.

You have two chances each week to win this South American lottery. It comes every Wednesday, and every Saturday so don't forget to get your lucky numbers entered in time!

Players looking to follow Brazil's premier lottery are invited to subscribe and receive every 10th play free. Or purchase a Multi-Draw to enjoy up to 25% off the price of participation when purchasing draws in advance.

Can I play Mega Sena from outside Brazil?

Yes! While Mega Sena is the official lottery of Brazil when you play the lottery with us, an official ticket will be purchased on your behalf in Brazil.

Once your ticket is purchased, it will be scanned and you will be able to view your ticket online and through the app, in time for the draw on Wednesday or Saturday.

Players pick six numbers in precisely the same way as the regular draw, but it offers a significantly higher must-win jackpot.

The biggest Mega Da Virada jackpot to date was R$306 which was won by one lucky player in 2017. Second highest jackpot was R$302 million in the 2018 draw.

If no tickets match the six numbers selected in the draw, the prize money rolls down to winning tickets in the next highest prize tier.

Playing Brazil's number one lotto game is easier than it sounds! Follow these steps and you're in: