A lucky Australian man from Sydney has admitted he is struggling to catch enough shut-eye. Ever since learning of his life-changing $40 million win from the Auss Lotto draw on Tuesday. 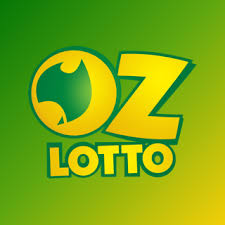 'I haven't slept at all,' he told a NSW Lotteries official.

'There was no way I was sleeping last night after I checked my ticket!

'I just couldn't believe it.'

The new multi-millionaire who has opted to remain anonymous said he has yet to decide how he will spend his fortune.

'I've already popped open a bottle of champagne to celebrate! I'll definitely be sharing it with my family,' he said.

'After that, who knows.'

The winning ticket was purchased from AK Newstalk, on Patrick Street in Blacktown. The store owner Rohit Gupta could not contain his excitement after discovering he had played a part in selling the valuable lottery ticket.

'I'm over-the-moon just knowing my outlet has sold an entry worth $40 million. I couldn't possibly imagine how our customer is feeling right now!' he said.

'It's very exciting to know we have changed this man's life in a big way.

'Congratulations to him and we hope he enjoys every second of his win.'

Australian lotteries offer some of the biggest jackpots in the world. The Powerball Lottery, Monday Lotto, Wednesday Lotto and Saturday Lotto are all open to play online from overseas at theLotter.

For more information on how to play for some of the world's colossal jackpot prizes, visit our in-depth 'How it Works' page.