Some people are blessed with consistent good fortune and a Maryland Lottery player is the ultimate proof. 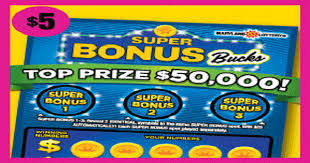 This month the lucky player discovered he had won $50,000 with a Super Bonus Bucks scratch-off.

When he visited the Maryland Lottery headquarters in Baltimore on September 13th he revealed the prize is his third five-figure lottery win in two decades.

The sixty-seven-year-old grandad who purchased his latest winning lottery ticket for $5 from Newtown Market in Pocomoke City couldn't believe his luck when checking his ticket.

Unable to contact his wife immediately the player headed home and reached her by phone later to tell her the good news.

He said. "I've got to go to Baltimore in a few weeks or so."