A 65-year-old New Castle, Delaware, man has finally won big on the lottery after playing the same combination of numbers for over twenty years. 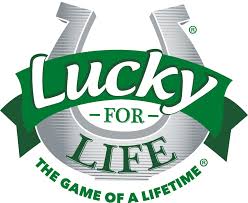 Opting to remain anonymous the lucky man can now look forward to $25,000 per year for the rest of his life or a lump sum payment in the Lucky for Life drawing on September 9th.

Speaking to Delaware Lottery officials, the man said: "I thought I was dreaming, I was one away from the big one (matching 5 numbers and the Lucky Ball), but that's okay. This is still such a great win!"

The man purchased the winning ticket at Dave's Liquors in New Castle, state lottery officials said. He matched all five numbers beating odds of 1 in 1,813,028.

Lottery winnings are treatable as taxable income in the United States of America which means after deciding to take the lump sum payment he will take home $296,400.

"There were two national second-prize Lucky for Life winners in the Sept. 9 drawing — each winning $25,000 a year for life," said Vernon Kirk, Director of the Delaware Lottery, in a statement.

"It's so exciting that one of them is from right here in Delaware."

The lucky man plans to enjoy the financial freedom the big win brings. When claiming his winnings on September 11th, he said: "I'm pretty laid back and don't spend money on expensive things. I want to help a few people out and save the rest."