No more evening, night, early morning or rotating shifts for Ade Goodchild from the UK after winning £71 million (US$80 million) in the multi-country EuroMillions lottery on Friday.

Mr Goodchild who is single and has worked as a metal worker for 24 years says he plans to retire, travel the world and buy a home with a swimming pool with the 15th-biggest win in UK lottery history. 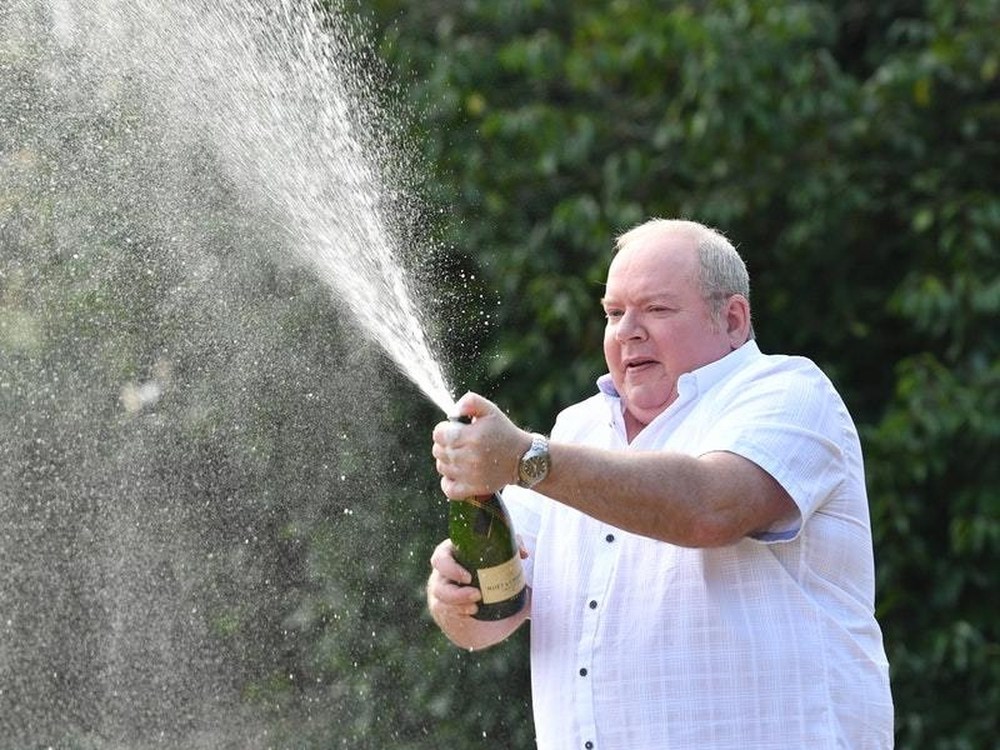 "I read the prize amount again and realised that it was actually £71 million and just one winner — me," he said.

"It was then that I called my mum and dad. Their reaction was one of complete shock — I still don't think it's sunk in for them."

"I'm not one of these winners who is going to say this win won't change me," he said.

"It bloody well will or at least I'll give it a damn good go! There'll be no more shift work for me."

Originally from south Wales and now living in Hereford, Mr Goodchild bought his winning EuroMillions ticket from the Co-op store in Ledbury Road. He is now planning trips to the Grand Canyon and the Pyramids and the search for a new home that will have a Jacuzzi along with a swimming pool begins.

Speaking about his supportive parents at a news conference Mr Goodchild said: "I am an only child and my parents have always been there for me. Like all parents, they worry about my mortgage, bills and how long I will have to work for," he said.

"I've told my parents they can stop saving now and spend my inheritance."

Today, EuroMillions is enjoyed in the UK, Switzerland, France, Austria, Belgium, Ireland, Luxembourg, Portugal and Spain. You can join in from most other countries by participating in this lottery by purchasing tickets online with theLotter.