Being a new parent is far from easy but a million pound nest egg should go some way to help lucky couple Andrew Symes and Natalie Metcalf settle into their new parenting roles. 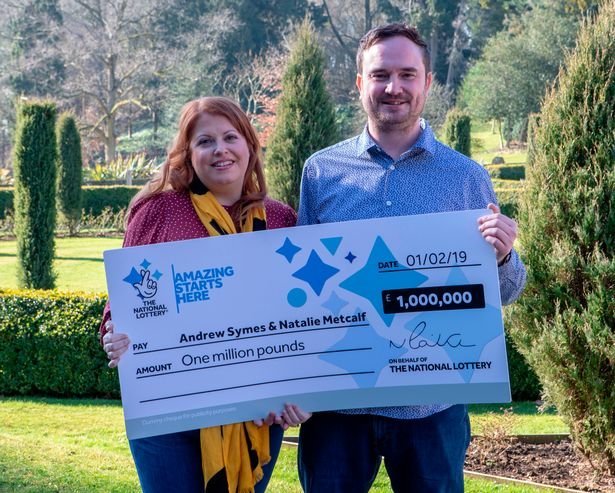 The new parents won the National Lottery's UK EuroMillions Millionaire Maker prize on Friday, February 1st followed by another moment of wonder four days later with the birth of their daughter.

Speaking to the MIrror about the win Natalie said: “It’s so funny to think of now, but the couple who’d bought our pushchair had paid in cash and I was dancing around the living room singing, ‘We’re rich, we’re rich!’.

"Then Andy turned to me and said, very seriously, ‘Yes, yes, you are!’ and made me check the ticket.

“We just couldn’t believe it.

"We downloaded the National Lottery app and scanned the ticket to double-check and that said we’d won too."

"We just didn’t know what to do though, so Andy ended up going to Tesco where he’d bought the ticket and they told him to call Camelot.”

One million pounds is a handy pot of money for any new parents and the couple have some ideas for their sudden cash windfall with a home of their own top priority.

Natalie said: “We’d always joked that the only way we could ever afford to buy our own home was if we won the lottery. We didn’t know that that would prove to be true!

"As well as the house, we’re also going to start planning our wedding. We’ve been engaged for over two years but now we can afford to have the wedding of our dreams without feeling guilty about the costs.

“This win really will help us make all our dreams come true."