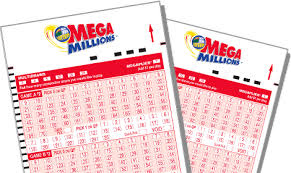 While the top two prizes were left begging after Friday's draw it was a great start to the weekend for some players.

Twenty-five people matched four numbers and the Mega Ball to collect $10,000 each while three players opted to play the exciting Megaplier and multiplied their winnings to a cool $50,000 each.

The next Mega Millions draw will take place on Tuesday 10th December. Official retailers in America are reporting brisk ticket sales as the staggering $314 million jackpot draws near.

The largest jackpot in the history of this famous American lottery was an astonishing $1.537 billion, on October 23 2018. There was one fortunate winner from a ticket purchased in South Carolina.

While Mega Millions is played in 44 US states (plus D.C. and the US Virgin Islands), you can buy an official ticket online from almost anywhere in the world through theLotter who will purchase a ticket with your lucky numbers on your behalf in the USA.

Once your ticket is purchased, it will be scanned and you will be able to view your ticket online and through the app, in time for the big draw on Tuesday.

If you're a winner, prizes will be deposited straight into your account after the results are published. If you win the $314 million jackpot you may have to collect this in person, but we're sure that won't be a problem!