Luck of the Irish moment for â‚¬175m EuroMillions winner 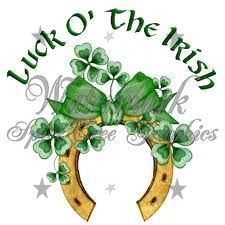 National Lottery CEO Dermot Griffin called it an “incredible win for an Irish Euromillions player” but is not ready to reveal the shop where the ticket was bought yet.

“With such a big win we have procedures to go through but we will reveal the winning location as soon as we can,” he said. “Whilst this is a massive win it can come as a shock to a player and we advise them to stay calm, get good independent legal and financial advice and contact us as soon as they can.”

The National Lottery also revealed that the winner has come forward this morning but are not in a position to release any more details at the moment.

Dermot Griffin went on to say: ”We are delighted the winner has made contact. This is an incredible win for an Irish EuroMillions player! And a record win for the National Lotttery we are thrilled."

“This has been an increcibly lucky period for players on the island of Ireland. In January a Northern Ireland couple won an amaxing €127 million in the EuroMillions jackpot. The luck of the Irish is definitely in the air.”