A food store assistant who isn't being identified at this time is taking an indefinite lunch break after discovering she was Saturday night's lucky $9 million winner with her Super Lotto ticket. 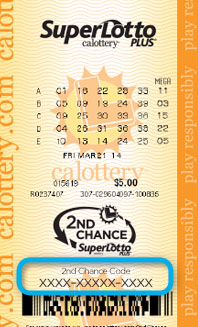 Toni Jones, a team leader from Raley's in Woodland California the US, said the winner went on her lunch break, and when she returned shortly after, broke the news of the big jackpot win adding she would not be returning to work.

"When it gets to 37, 38 million, people will pull together. And I've always joked, 'Oh great, if you guys win when you're on, call in tomorrow,' " Jones said. "Never did I think that I would have ever somebody do that!"

"It's amazing to think she works for four hours and then went home and found out she was a multimillionaire."

"When she quit, I did comment that you do realize you don't have any medical benefits if you quit," Jones said. "She put her head on her shoulder and laughed at me."

Although the winner's identity has not been made public, her coworkers believe she deserves the big win and that it couldn't have happened to a nicer person.

"She seems like a very nice genuine person. I'm just happy that she got what she got," Munoz said.

"You can tell that at home she's got a lot on her plate too," Felix Castaneda said.

"Just to know that somebody from this community won is great. But to realize it's actually a team member that so deserves it... it's just unbelievable," Jones said.