Look what you could have won on the lotto

Lottery News » Look what you could have won on the lotto

Christmas is coming and festive lottery scratch off tickets are appearing in stores but you have to feel sorry for one woman from Nebraska who thought she had won only to be told she hadn't.

Connie, tucked the tickets safely away and drove home where after a spot of housework decided to take a break and scratch off the cards. Connie stared down at one of cards...she had won $1000!

Never dreaming she would strike it lucky Connie was over the moon at her $1000 win which she planned to spend on Christmas and some new tires for her car. 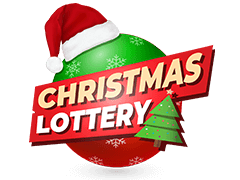 Luckily the lottery office is not far from Connies home so knowing the store she bought the ticket from would not be allowed to redeem such a large cash prize Connie rushed round to the office to claim her prize.

"Well, that's not showing on my computer," the lottery official said. "This is strange. I see why you think you've won. You've got the right symbols," she went on to say. UH OH!

After consulatation with her manager Connie was awarded a purple lottery winner T-shirt and no $1000 cash prize! Connie was told the tickets were incorrectly printed.

They don't match with the predetermined winning combinations that are recorded on a game file available to lottery staff and because State law says there will be no prize money paid for tickets produced or issued in error, Connie is unable to challenge the decision.

And Connie is not the only one. It's reported a Grand Island man, Chad Keezer, had a $40,000 erroneously printed ticket and also is unable to claim his prize.

Nebraska Lottery have now closed down the Holiday Bonus Bucks game while a very disappointed but still smiling Connie says: At least the T-shirt is purple, It's my favorite color. Maybe I could wear it inside-out."