A Canadian couple have come forward to claim a $1 million lottery prize in the nick of time. Had it been 48 hours later the money would have gone back into the prize pool and used to offer bonus prizes to Loto-Québec's various lotteries. 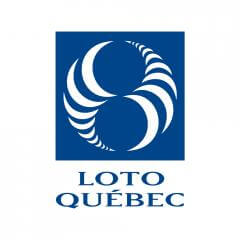 The winners, Nicole Pedneault and Roger Larocque from Montreal have been getting on with their lives ignorant of their new wealth for just under 12 months.

After purchasing the $100 Ultimate ticket last year for Valentine's Day they decided to put it away in a book for safekeeping and then proceeded to forget all about it until this week when thanks to their grandson a happy twist of fate intervened.

"Rather than flowers or chocolate for Valentine's Day, we went to the Casino de Montréal with friends and we bought ourselves a lottery ticket," Pedneault said.

"If my grandson had not asked me to lend him some things for his presentation I would have never found the ticket on time," Pedneault said.

"The first thing I did when I discovered the was to claim the prize on the Loto-Québec site. It's very lucky to have found it at the last minute like this."

The lucky couple plan to share their wealth with their family and are looking forward to purchasing a new vehicle but first in true Quebecois style, they are going to spoil themselves.

"We will go to a small restaurant, but we will spoil ourselves by ordering a poutine with double sauce and double cheese, " Pedneault said.